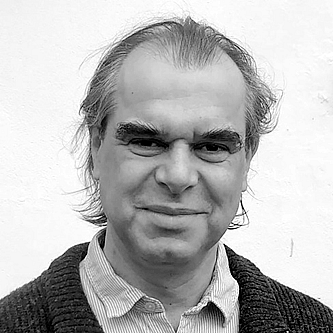 How did you become involved in ERA4TB?

I have been involved in several other large European projects on either vaccine development (TBVAC) or drug development, like for instance, the former NM4TB (New medicines for tuberculosis) project, which was on searching new druggable molecular targets against the causative tuberculosis agent Mycobacterium tuberculosis (MTB), or later on there was another project coordinated by IMI, which was PREDICT-TB.

When I heard about ERA4TB, I was interested and was in touch with Professor Cole, ERA4TB’s scientific lead, (and currently general director of the Institut Pasteur) and Professor Vaquero (coordinator of ERA4TB), as my laboratory could offer expertise in different domains of TB research, including research on infection models, known as ‘in vivo’ research and so I became leader of Work Package (WP) 3 (‘In Vivoactivities’).

Can you give us an overview of ‘In Vivo activities’ (WP3) in the framework of ERA4TB?

WP3 offers in vivo testing (preclinical studies in selected experimental animal models) for new drugs and new drug combinations. The molecules we receive from our consortium partners for in vivo testing have already undergone a lot of research before, to be sure that they are non-toxic and show efficacy against the causative TB agent, MTB. A certain number of molecules are also subject of in vitro testing within the framework of ERA4TB Work Package 2 ‘In Vitro’ to identify the molecular target of the molecules or their behaviour within a combination with other anti-TB drugs.

In the WP3, we have the capacity to test the molecules in carefully selected animal models to obtain crucial information on preclinical parameters of a new anti-TB molecule that cannot be obtained by other methods.  While our experience in the Institut Pasteur is mostly on different murine (mouse) models, some of our WP3 partners do also have the possibility of undertaking preclinical studies using non-human primate (NHP) models. NHP models are unique for infectious disease modelling and preclinical development and are closest to the human situation. In this sense, a new NHP model based on marmosets is being developed at selected partner institutions of WP3. Currently, this model doesn’t exist in Europe and is mainly only used in the USA, so getting this model set-up in the framework of ERA4TB is a new, big challenge for the project.

Alongside murine model and NHP model work, there is also a third activity stream in WP3, which is the search for new biomarkers as a readout for the efficacy of new treatment regimens. For this section, biological samples generated in different ‘in vivo’ experiments, are collected, and sent to selected WP3 partners, who have the capacity to analyse them using highly sophisticated techniques such as RNA Sequencing etc.  We look for biomarkers that can show us if a given treatment against TB in pre-clinical models is efficient, by checking to see if there are fewer tuberculosis-causing bacteria around and/or if there are other changes to parameters in the blood, for instance. As well as looking at changes in biomarkers we are already aware of, we are also trying to find new biomarkers that help predict TB treatment effectiveness.

What have been the key achievements in ‘In Vivo activities’ (WP3) to date?

We have conducted one dose finding experiment for a new molecule provided by one of our partners. This molecule was also tested in other ERA4TB work packages. This has been quite a large program of work, which is now almost finished, so has occupied quite a lot of our resources for a while.

We have also been doing a lot of set-up work to get ready for when new molecules become available to us. The ‘In Vitro activities’ (ERA4TB Work Package 2) is working on a number of different drug combinations, so once they have selected the combinations that are of most interest, and after internal ethical clearance, we will begin testing them. For example, we are setting up a relapse model in mice, which allows to see whether a given treatment combination has eliminated the burden of tuberculosis-causing bacteria so that even after treatment stops, the mice remain healthy and free of disease relapse. We are also working on murine models where we use mycobacterial strains that emit bioluminescence (light) near infrared. In this case, you can follow the number of light-emitting MTB bacteria in the mice by regularly imaging them and see whether the treatment is efficient. Similarly, some WP3 partners have set up the use of medical imaging techniques, such as PET-CT scans in preclinical models, to directly see lesions caused by TB and how these lesions behave over treatment.

Why is the ERA4TB project important?

Even though there have been considerable efforts made in progressing TB treatment and prevention within the last 140 years, since the discovery of the TB bacillus, TB is still often believed as a disease of the past, especially in wealthy countries. However, a reality check shows that in many countries TB is still a huge medical and societal problem, with a large number of people who suffer and die from the disease, which is even getting worse to the increasing number of multi-drug resistant form of TB that occur worldwide. Despite this alarming situation, TB often does not get the medial attention of other diseases with pandemic spread. TB is, however, on the agenda of the World Health Organization as one of the most severe diseases. While I think that quite some progress has been made by academic and industrial partners, in different fields of basic and applied research, these efforts have to be continued and enlarged. So, I think the ERA4TB consortium has a great potential to work together to support the coordination between industry partners and academic partners to try to find molecules and get them through the evaluation process into the final steps of using them in humans.

What would you like WP3 and the ERA4TB project as a whole to achieve in the next 4 years?

As generally, very few new treatments have arisen for TB in recent years, I think it would be a big achievement to have selected and confirmed a few new molecules in the preclinical models of WP3 that show good efficacy against TB and low toxicity and thus can go on to further development. I also think the decisions around which combinations will be tested are key and if we find new combinations that work in the WP3 ‘in vivo’ models, this would also be important.

And finally, outside of work what do you enjoy doing?

I have a family, so I enjoy spending time with my family and also taking care of my garden. When I’m in Paris, I like to take advantage of the cultural infrastructure which is offered. Also, after the strict COVID period with all its social distancing measures, it is very nice to get together sometimes for enjoying some beers together (again).

Contributing Partners in ‘In Vivo’ WP3: