ERA4TB (European Regimen Accelerator for Tuberculosis) project is a public-private initiative devoted to accelerating the development of new treatment regimens for tuberculosis. The ERA4TB platform is based on a progression pipeline that can cater simultaneously for a variety of molecules at different stages of development.

ERA4TB is building a solid network of collaborations across Europe and the US with the ambition of creating a novel world-class platform for the effective acceleration of new anti-TB drugs and regimens. This new platform, conceived to operate also beyond the life of the project, will integrate, maintain and further advance a set of cutting-edge drug development processes and tools for the effective acceleration of anti-TB drug combinations. Among the state-of-art solutions included in the platform are hollow fiber systems, single cell time-lapse analysis, imaging in animal models, new biomarkers and host/pathogen interactions and virulence approaches, drug-disease modelling, physiologically-based predictive modelling, artificial intelligence data mining and clinical trial simulation techniques. 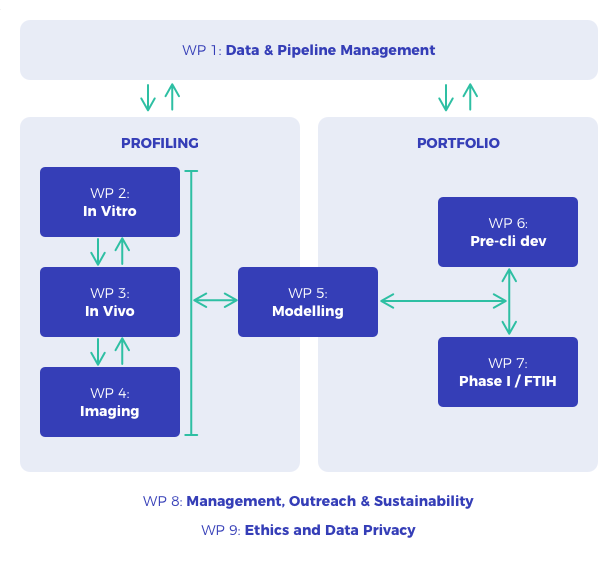 Until the onset of the Sars-COV-2 pandemic, tuberculosis was the leading cause of death by an infectious disease worldwide. According to the World Health Organization (WHO), an estimated 10 million people became ill with tuberculosis in 2019, and 1.4 million died. (Global Tuberculosis Report 2020)

The consortium met in Madrid during two days on the 29th and 30th of January 2020 to begin a new adventure. 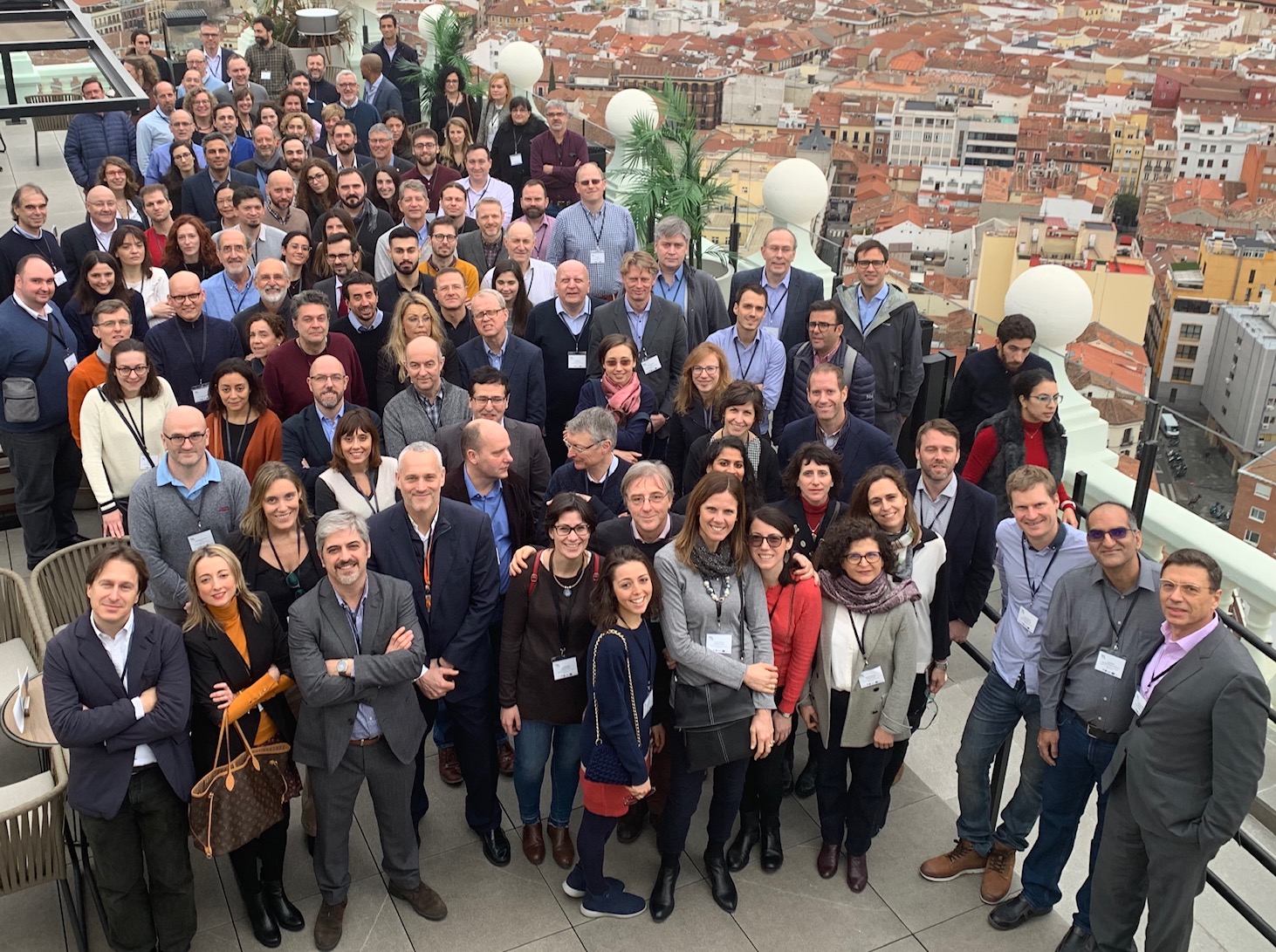 On January 26th and 27th 2021 the second Consortium Meeting took place online to share the developments during the first year of project implementation and discuss critical topics for TB research.

All Member States of WHO and the UN have committed to the goal of ending the TB epidemic by 2030 through their unanimous endorsement of the WHO End TB Strategy at the World Health Assembly and their adoption of the UN Sustainable Development Goals (SDGs).

Spotlight on: Our project leads

Our consortium is led by:

Prof. Juan José Vaquero, who is the Vice-President for Scientific Policy at UC3M. A full professor of Bioengineering of the Department of Bioengineering and Aerospace Engineering, UC3M, and senior researcher at the Instituto de Investigación Sanitaria Gregorio Marañón (IiSGM), Juan is an innovator in biomedical imaging technologies with a successful record of inventions in preclinical imaging, and important scientific contributions in the applications of those technologies.

Prof. Stewart Cole, a world leader in the field of tuberculosis research and internationally acclaimed for his achievements in TB drug discovery and development, with two drug candidates currently in clinical trials.  Stewart has authored >350 publications (h-index= 85, web of science) and is an inventor on several TB drug patents. Stewart leads the input of our partner Institut Pasteur (IPP), a private, French state-approved non-profit foundation, which is one of the most prestigious health research institutions in the world. 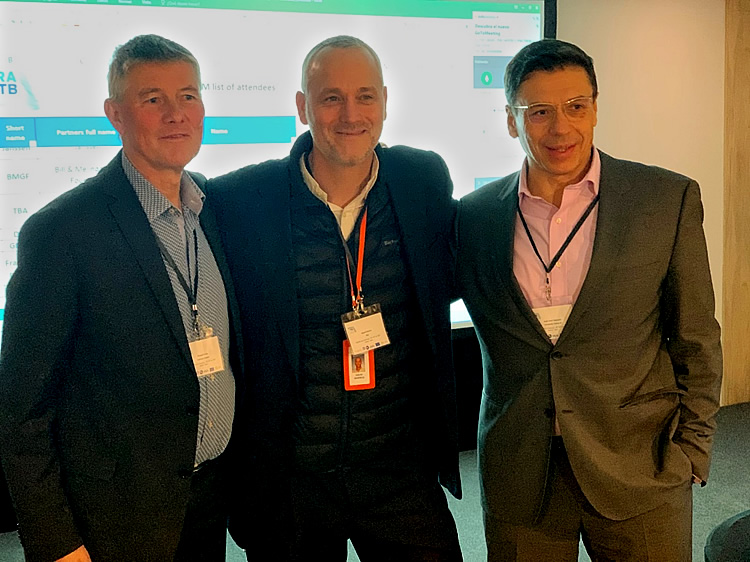 “ERA4TB will change the paradigm for the development of new TB drugs by adopting a flexible and modular collaboration scheme in which research efforts can be rapidly mobilized to where they are most needed allowing several molecules to be investigated simultaneously. This will save both time and money.” Juan José Vaquero, project coordinator from UC3M (University Carlos III Madrid) and leader of the imaging team

Our progress to date 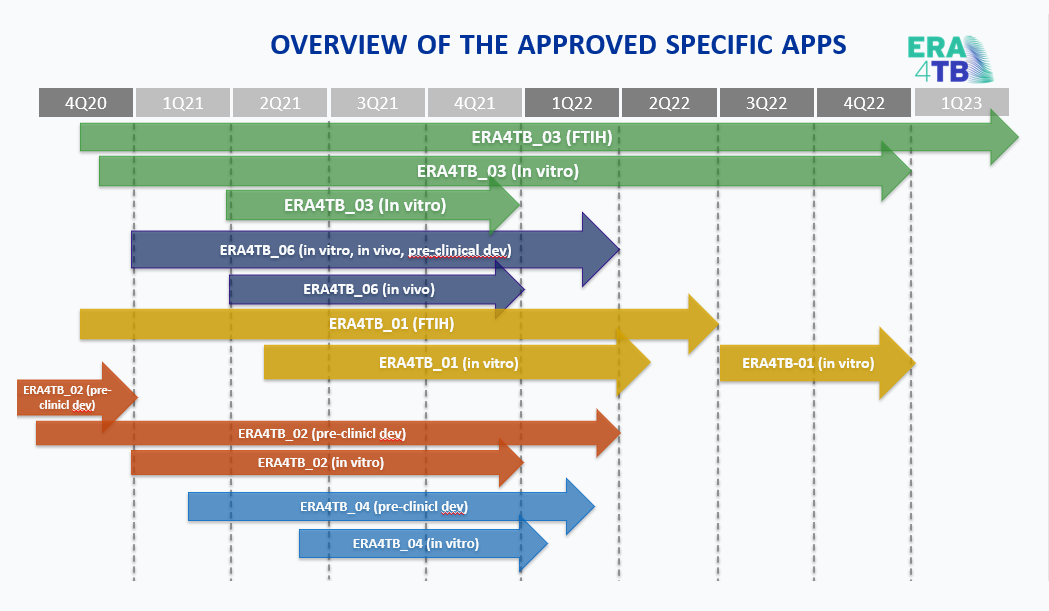 Meetings: Our next consortium meeting will take place in June 2021.
For more information: Follow our updates on our website and social media channels!