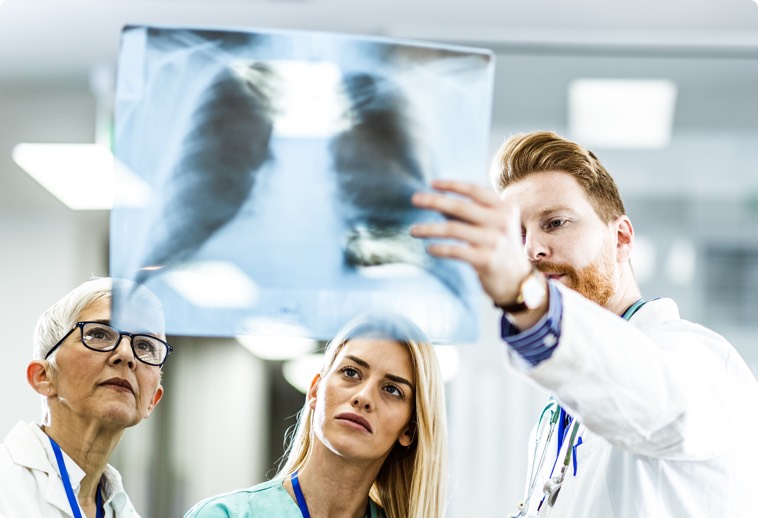 ERA4TB, an international consortium to accelerate the development of comprehensive treatments against tuberculosis

The ERA4TB (European Regimen Accelerator for Tuberculosis) project is a public-private initiative dedicated to the development of drugs against tuberculosis. With a team of more than thirty organizations and a budget of over 200 million euros ERA4TB will focus on developing a new, improved tuberculosis treatment. The partners will share their expertise, knowledge and resources to rapidly progress new candidate drugs into clinical trials.

Tuberculosis is the leading cause of death by an infectious disease worldwide. According to the World Health Organization (WHO), an estimated 10 million people became ill with tuberculosis in 2018, and 1.6 million died. Even though the incidence of tuberculosis is declining, the drug-resistant form constitutes a growing threat to the safety of the world population. It is in this spirit that the UN has pledged to end the tuberculosis epidemic by 2030 through joint action of its member states.

David Barros-Aguirre, Project Lead for ERA4TB and VP and Head of Tuberculosis Research, Global Health R&D, GSK said: “On behalf of the ERA4TB partners, we are very excited about the start of this unique collaborative project in the field of tuberculosis where the expertise from public partners and a pipeline of promising preclinical candidates from pharmaceutical companies merge to accelerate the development  of novel clinical candidates. The goal is to deliver an innovative and differentiated combination regimen for the treatment of TB, which can play a key role in the elimination agenda.”

Standard tuberculosis treatment is based on a combination regimen of four drugs that were all developed more than 60 years ago. Treatment lasts for at least six months and, in the case of resistance to the standard drugs, can be as long as two years. The current drugs are inefficient by today’s standards and a new, faster-acting and safer treatment is required to reduce the length of therapy and to overcome the menace of drug-resistant strains. Until now, the development of new drugs has been slow and their incorporation into tuberculosis treatment regimens conducted in a sequential manner.

Stewart Cole, Scientific leader of ERA4TB and President of the Institut Pasteur, said “ERA4TB has assembled an impressive array of resources to seamlessly harness the agility and innovation of academia with the pragmatism and scientific expertise of pharma. I am confident that this powerful European initiative will speed the path to TB elimination.”

ERA4TB is set to change the paradigm of tuberculosis treatment development by abandoning the sequential approach in favor of a parallel pathway, which will allow the simultaneous investigation of more than a dozen drug candidates. By implementing a standardized approach to tuberculosis drug development, that is well coordinated with the collaborations outside Europe, ERA4TB has the potential to optimize, and, more importantly, greatly reduce the development times of the new regimens needed to eliminate this epidemic.

According to Juan José Vaquero, project coordinator from UC3M (University Carlos III Madrid) and leader of the imaging team, “ERA4TB will change the paradigm for the development of new TB drugs by adopting a flexible and modular collaboration scheme in which research efforts can be rapidly mobilized to where they are most needed allowing several molecules to be investigated simultaneously. This will save both time and money.”

ERA4TB is sponsored by the European Union’s Horizon 2020 research and innovation programme and the European pharmaceutical industry (via EFPIA) under the auspices of the Innovative Medicines Initiative 2 Joint Undertaking and part of the AMR Accelerator umbrella.

About the Innovative Medicines Initiative

The Innovative Medicines Initiative (IMI) is Europe’s largest public-private initiative aiming to speed up the development of better and safer medicines for patients. IMI supports collaborative research projects and builds networks of industrial and academic experts in order to boost pharmaceutical innovation in Europe. IMI is a joint undertaking between the European Union and the European Federation of Pharmaceutical Industries and Associations, EFPIA.

More information can be found at www.imi.europa.eu

This project has received funding from the Innovative Medicines Initiative 2 Joint Undertaking (JU) under grant agreement No 853989. The JU receives support from the European Union’s Horizon 2020 research and innovation programme, and in-kind support from EFPIA, TB Alliance, Bill & Melinda Gates Foundation and University Of Dundee.

This communication reflects the views of the ERA4TB Consortium and neither IMI nor the European Union and EFPIA are liable for any use that may be made of the information contained herein.